Comments on the EPCOR/London Hydro Debate, by Don McLeod 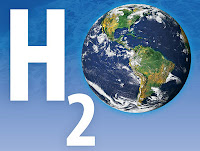 Comments on an article in "The McLeod Report", a blog by Philip McLeod (no relation):

Revenues: (from you & I for services of water, power, sewers, garbage & parking)
Less: expenses to operate the above.
Equals Profit.

When run as a public trust, as it is now, the object is to break-even plus have a little extra profit for a reserve.

If there is a big profit, more so than there is today, then dividends could be paid out.

Nice idea, however the "big profit" would start with higher revenues - so we all pay more for our services. It is that SIMPLE!

With EPCOR taking a slice of the profits in their share of dividends we end up paying more for our services so that EPCOR can have a share in “OUR” profit for the City of Edmonton to offset THEIR taxes.

Why would we do that?

The "expense" part of the formula includes wages which equates to jobs in the City of London.

In the EPCOR scenario, EPCOR takes care of a portion of the wage expense and jobs move to Edmonton.

I think that Mayor Joe has been talking about bringing jobs to London versus exporting our jobs to Edmonton!

Dead?!
Why did this matter even come up?

In Mayor Joe's words "I think we have more pressing matters to spend our time on!"

Purchase of London Assets by EPCOR

Assets of the City of London allow us to have financial credabilty in money markets. We have a high bond rating should there be a need to borrow.

When assets are sold and the money is used to buy other capital assets, there is a significant transfer loss for the selling and buying of assets.

At the end of the sale & purchase transactions we are financially worse off.

The "gamble" is that the "new assets" will provide London with a high return. If they do not - especially in the short term, London ends up heading for a lower bond rating and higher interest rates should we have a need to borrow.

EPCOR - Three Strikes you are out!
Posted by London Council of Canadians at 10:57 AM