CTV reports, "Health care workers rallied in Victoria Park Thursday, and the Unifor members say if something isn't done to fix the health care system, more at-risk people will fall through the cracks. The union says that health care will be underfunded nationally by about $36 billion over the next 10 years, and many are concerned for the future. ...Unifor says the federal government refuses to discuss a new Canada Health Accord - the blueprint for federal contributions to provincial health care - and believe it is part of an effort to increase privatized health care."

The London Free Press adds, "Unifor is reminding MPP and Liberal cabinet minister Deb Matthews [she's the president of the Treasury Board] to respect bargaining rights for Ontario health-care workers. Conservative MP Susan Truppe is being urged to support renewing and re-signing the Canada health accord which expired earlier this year."

And the London Community News notes, "Unifor, Canada’s largest private sector union with more than 305,000 members, launched rallies in several Ontario cities on Nov. 6, including Sudbury, Sault Ste. Marie and London. Organizers said some 15 buses brought in union members and their supporters from across the province to the London rally where about 500 people gathered in Victoria Park."

15,000 Unifor health care workers are set to negotiate new contracts this year. Many of them coming off a two-year wage freeze and are having additional responsibilities placed on them. As CTV notes, "[Unifor] members say that along with seniors, [long term care] facilities are now also taking on assisted living patients and some with mental health issues. They say meeting all the varying demands is taking a toll."

Originally published as
http://canadians.org/blog/london-chapter-supports-unifor-rally-defence-public-health-care
Posted by London Council of Canadians at 2:02 PM No comments: 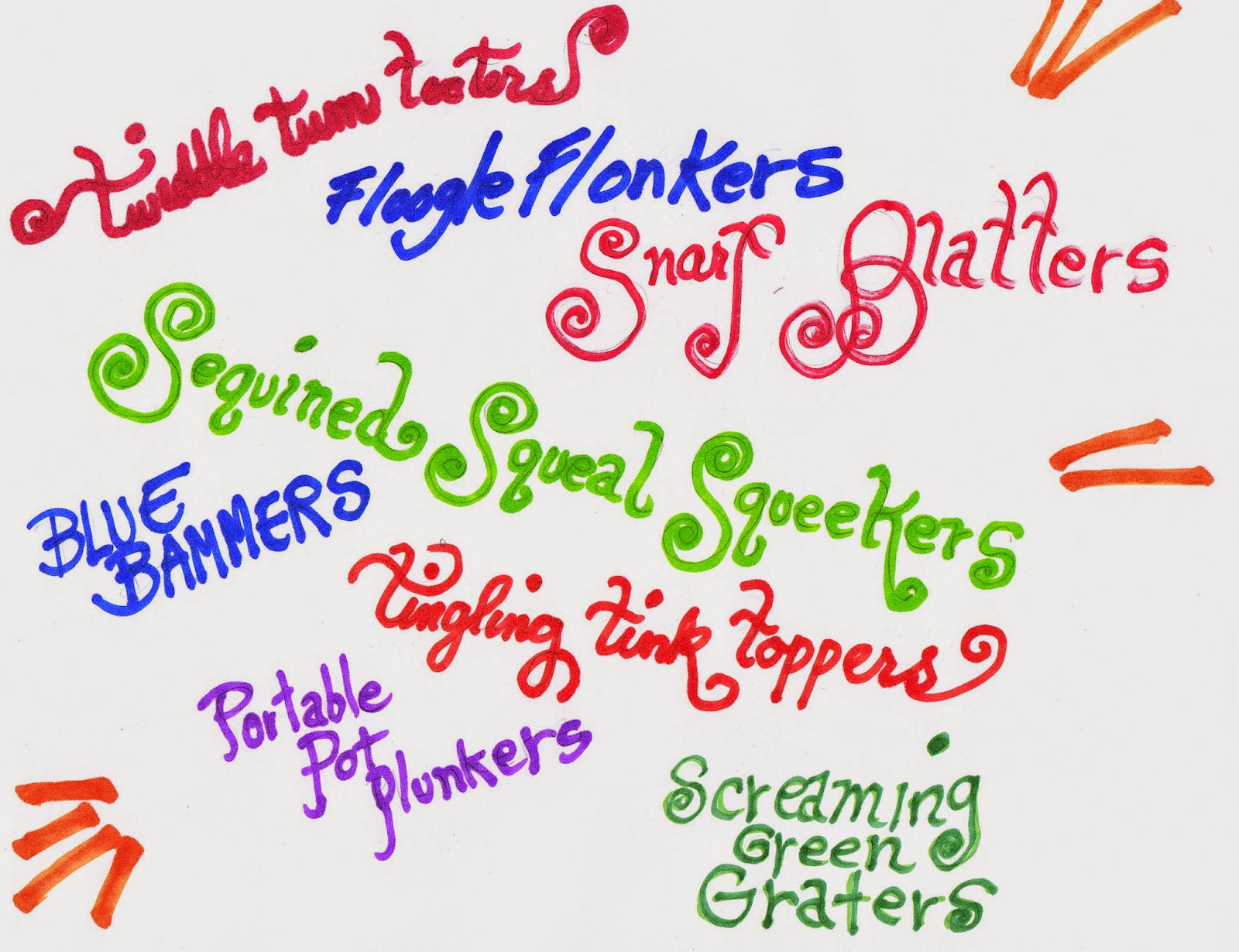 GET ON THE BUS FOR PUBLIC HEALTH CARE!

IT'S OUR PUBIC HEALTH CARE MAKE IT BETTER! DON’T KILL IT!

The threat to Medicare in Ontario from private clinics, which would create a two tiered health care system, is very, very real. This is not something we can hope will go away. Last Spring many of us worked hard on the Save Our Services referendum. The postcards collected voted overwhelmingly for not only saving Medicare, but putting more resources into it to make it better.

7:00 - SPEAKER: Peter Bergmanus (London Health Coalition)
"THE SEIGE ON MEDICARE AND WHY WE MUST FIGHT FOR IT OR LOSE IT"
Questions and discussion

7:30 - 8:45 pm WORKSHOP TO MAKE WHIMSICAL MUSICAL, PERCUSSION, AND NOISE EMITTING INSTRUMENTS TO USE FOR NOV. 21 RALLY

We will use our props and wear costumes for a photo op in front of St Joe’s (corner of Richmond and Grosvenor) in London at 4:30 pm on Thursday, Nov. 13.

Minutes of our last meeting on Oct. 9:

http://londoncouncilofcanadians.ca/LondonCoCMeetingMinutes.pdf
Posted by London Council of Canadians at 3:47 PM No comments:

A National Film Board of Canada film.

FRAGRANCE FREE EVENT!
Please be respectful of attendees who have serious allergies!

FINDING DAWN puts a human face on a tragedy that has received precious little attention – and one which is surprisingly similar to the situation in Ciudad Juarez, on the other side of the U.S. border. Dawn Crey, Ramona Wilson and Daleen Kay Bosse are just three of the estimated 500 Aboriginal women who have gone missing or been murdered in Canada over the past 30 years. Acclaimed Métis filmmaker Christine Welsh embarks on an epic journey to shed light on these murders and disappearances that remain unresolved to this day. She begins at Vancouver’s skid row where more than 60 poor women disappeared and travels to the “Highway of Tears” in northern British Columbia where more than two dozen women (all but one Native) have vanished. This engrossing film illustrates the deep historical, social and economic factors that contribute to the epidemic of violence against Aboriginal women. It highlights the disturbing, world-wide culture of impunity that allows murders of women – especially those who are poor, indigenous, or sex workers – to go unsolved and unpunished. Recommended viewing for courses in Native and Indigenous studies, women’s studies, sociology, psychology and courses that cover issues of violence against women.

Dawn Crey. Ramona Wilson. Daleen Kay Bosse. These are just three of the estimated 500 Aboriginal women who have gone missing or been murdered in Canada over the past thirty years. Directed by acclaimed Métis filmmaker Christine Welsh, Finding Dawn is a compelling documentary that puts a human face to this national tragedy. This is an epic journey into the dark heart of Native women’s experience in Canada. From Vancouver’s skid row, where more than 60 women are missing, we travel to the “Highway of Tears” in northern British Columbia, and onward to Saskatoon, where the murders and disappearances of Native women remain unresolved. Along the road to honour those who have passed, we uncover reason for hope. It lives in Native rights activists Professor Janice Acoose and Fay Blaney. It drives events such as the annual Women’s Memorial March in Vancouver and inspires communities all along the length of Highway 16 to come together to demand change. Finding Dawn illustrates the deep historical, social and economic factors that contribute to the epidemic of violence against Native women in this country. It goes further to present the ultimate message that stopping the violence is everyone’s responsibility.
-------------------------------------------------

Bill Paul's interview with Roberta Cory, Chair of the London Chapter of the Council of Canadians, and Paula Papel, an active member of our Solidarity Film Coalition and Seeds of Hope, re our screening of Finding Dawn, which interview aired on Nov. 2:

SUMMARY:
Cinema Politica (CP) London presents a community film screening, FINDING DAWN, and invites community groups and individuals to engage in local dialogue on the issue of missing and murdered Aboriginal women in Canada, to be held on Monday November 10th at 6:30 pm in the Stevenson-Hunt rooms of the Central Public Library. This film event is free of charge. Parking is validated at the Central Library welcome desk. Doors open at 6 pm.

"I awoke today, slowly thinking about the long day before me, ready to unfold into endless possibilities. Then, I remembered HER: my auntie, my cousin, my daughter, my mother, my sister, my grandmother, my niece, my granddaughter, my neighbour, my teacher, my friend... I wonder where she is right now--because she is not here, we have no idea where she is, and her disappearance is not being treated seriously, so she is not safe. Trembling, I wonder: AM I NEXT?"

A prevailing thought in the minds of Canadian aboriginal woman today, #AmINext? is the slogan for the current media discussion on the fate of missing and murdered aboriginal women here in Canada--an ominous possibility that reflects the palpable fear arising from this crisis of accountability toward these vulnerable citizens. This is also nothing short of apathy on the part our Canadian authorities toward the safety of citizens from any sector of society in Canada, since the vast majority of the perpetrators of these crimes are still at large, and they can strike out at any one of us.

What would you do if one day you heard that your daughter had not returned from a walk in the park that afternoon? Where would you go for help if your mother did not arrive home after shopping for groceries? Who would you turn to if your wife said she would be back in an hour after running some errands, and night had come, with her still not returned home?

The answer to those questions, and the expected investigations from the corresponding authorities should be a forgone conclusion to all of us, right?

These women's stories are out there, about 1200 of them, according to the latest RCMP report which was brought about in response to the media frenzy around the murder of aboriginal student Loretta Saunders, which made headlines around the world earlier this year. Ironically, Saunders had been actively researching the issue of missing and murdered Aboriginal women...until she was murdered.

Since then the media has never been more attentive to the call for a wider public inquiry into the high rate of murdered First Nations women in Canada. Yet every day more stories appear about aboriginal women missing or murdered, with the victims' lifestyles being blamed, their families being stonewalled or discriminated against in their search for answers, and shockingly for us all, authorities not reacting with due diligence to provide timely assistance when it is their sworn public duty to carry out. The Native Women's Association of Canada cites the eye-opening statistic that 49% of all women murdered in Canada are aboriginal, but the vast majority of these crimes have not been resolved.

Those authorities, who could be part of the solution, hold the public responsibility to mobilize the resources necessary to bring hope or closure to the families of these women, while putting in place measures to safe-guard Canadian society against such criminality. In the media, these same authorities have refused to acknowledge this as a national crisis affecting us all. But how can this not be a crisis and a tragedy for all Canadians, when a vulnerable sector of our society suffers the daily terror of unknown but probable violence, at anytime and anywhere, risking their ongoing psychological and physical well-being.

To highlight this issue, Polaris prize-winning Inuk throat singer Tanya Tagaq recently revealed to the media that this sort of predatory situation is often experienced by aboriginal women, having happened to her during her recent collaboration with Royal Winnipeg ballet, while walking alone on a lunch break. Since not even fame precludes vulnerability to such risks, all Canadians need to be invested in bringing these crimes to justice.

So, what can you do to find out more about this? In conjunction with the London Public Library (londonpubliclibrary.ca), Cinema Politica London (cinemapolitica.org/london) extends an invitation to the general public to attend an exciting film screening exploring the topic of missing and murdered aboriginal women. Award-winning NFB film Finding Dawn is directed by acclaimed Métis filmmaker and researcher, Christine Welsh, who addresses the deep historical, social and economic factors at the heart of this epidemic of violence against Aboriginal women, while introducing you to some of these women's stories.

This November film event serves as a remembrance moment, honouring the lives of all missing and murdered Aboriginal women in Canada, in addition to being a conversation space for the audience to engage with many Indigenous and mainstream social agencies who are part of the local dialogue on this issue. As well, Western University's chapter of Amnesty International will be on hand to discuss the "No More Stolen Sisters" campaign.

Cinema Politica London's Finding Dawn film event will take place Monday November 10th at 6.30pm in the Stevenson Hunt Rooms (opposite Wolf Hall) of the Central Public Library. Doors open to the public at 6pm and parking can validated with the library while you attend the event.

Posted by London Council of Canadians at 3:07 PM No comments: